The early days of motoring inspired many adventurous characters to test the limits of their new machines, often traversing landscapes that had never before witnessed mechanical transportation. One such person was Frenchman Ferdinand Francois Philippe Marie d’Orleans, Duke of Montpensier. 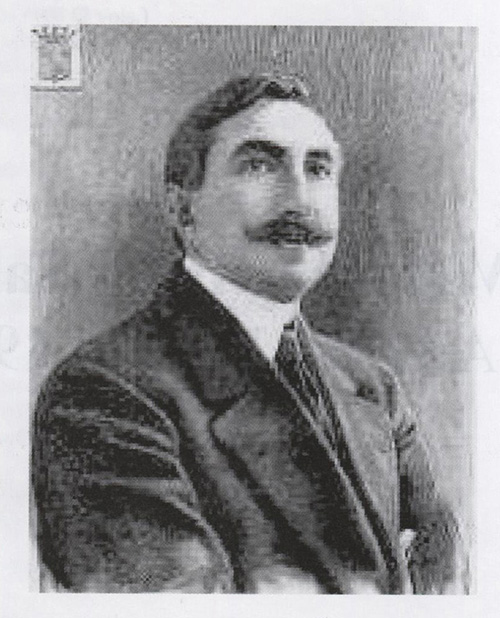 A member of the House of Orleans, the Duke had the means to indulge in his many passions, two of which were automobiles and exploring French Indochina. In 1908 he managed to combine these extravagant indulgences with a road trip from Saigon to the ruins of Angkor Wat in a 24 HP Lorraine-Dietrich motorcar. 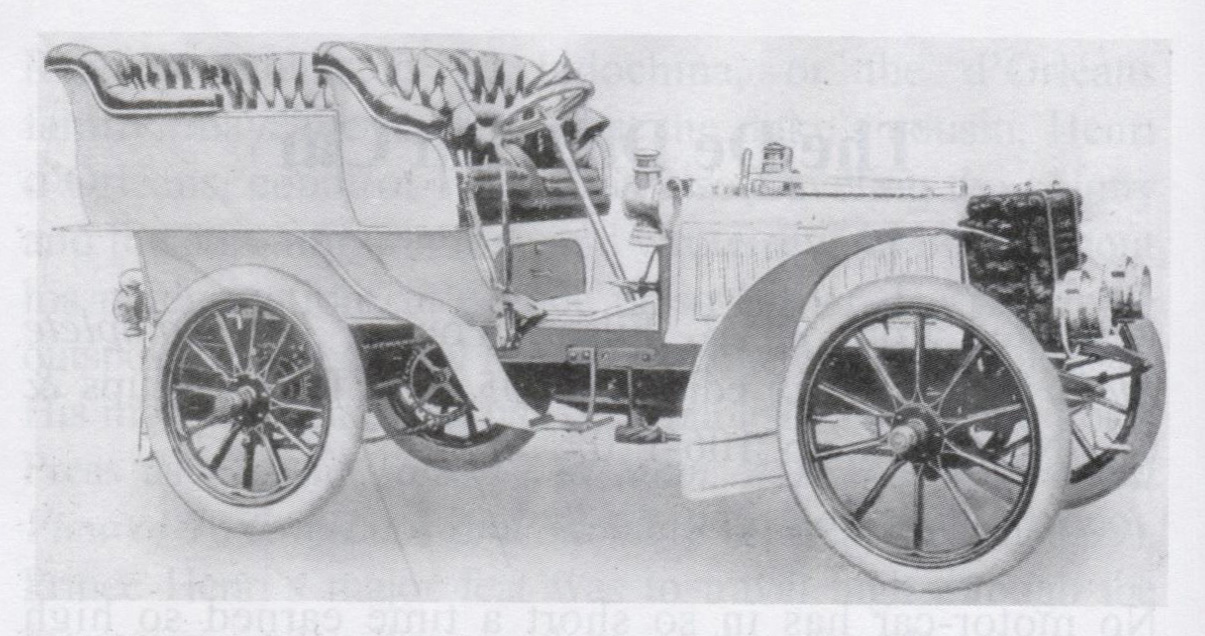 Accompanied by two friends and a Vietnamese interpreter the Duke set off at 6 am, March 2nd, 1908, embarking on a two month round trip through barely mapped jungles and swamps in a vehicle that had so far only been tested on the paved streets of Saigon. Despite difficult terrain, numerous punctures and mechanical breakdowns, not to mention the relentless heat and humidity, this intrepid group did indeed achieve their goal, becoming the first to arrive at Angkor Wat in a motorcar.

The adventures leading up to and subsequent to this event might easily have been lost to time, existing only as first hand memories and related tales to friends and family. Fortunately the Duke of Montpensier was a keen recorder, and publisher, of his Indochinese activities and kept a daily diary of the journey. This was first published as ‘The Sleeping City’ in 1910, alluding to the ancient temple, but current reprints are more prosaically titled ‘By Motorcar from Saigon to Angkor Wat in 1908’. 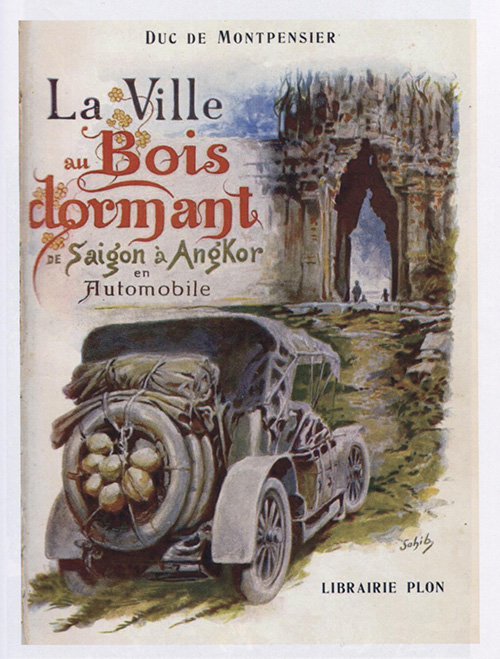 As the author himself describes it in the book’s preface: ‘This is a simple road diary written down day by day by young fools who have driven their motorcar – this last but one conquest of industry so French – in a difficult pilgrimage to the ruins of the most ancient, most marvellous of Asiatic civilisations.’

Supplementing the text are numerous photographs taken on the trip including a series of evocative images of Angkor Wat, appearing then much as it had to the earliest 19th century European explorers before 20th century restoration works cleared away much of the enveloping jungle. 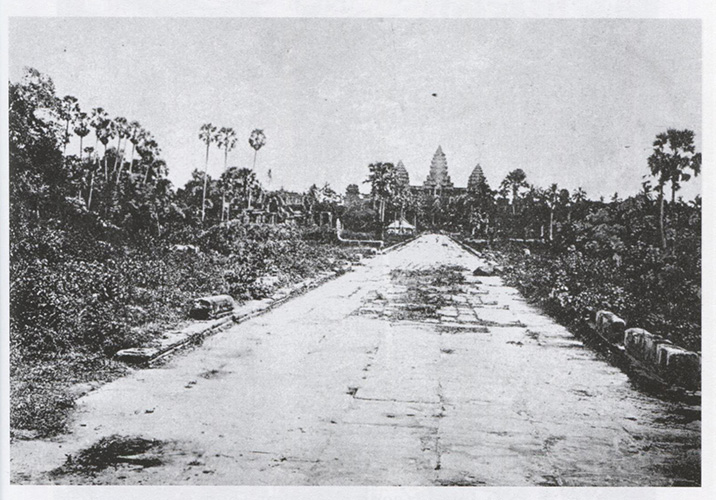 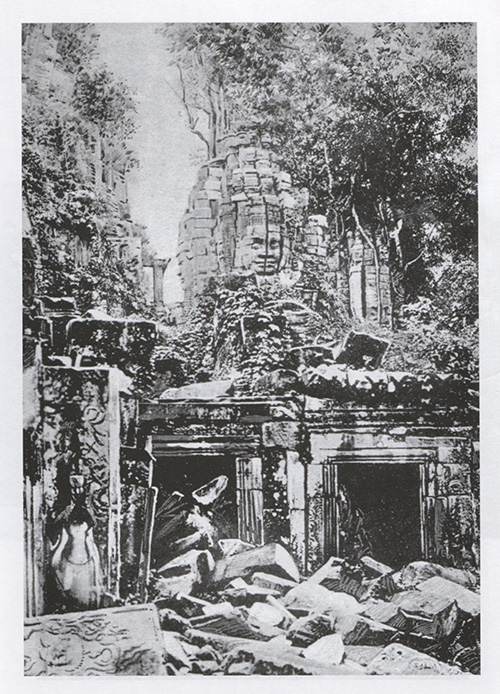 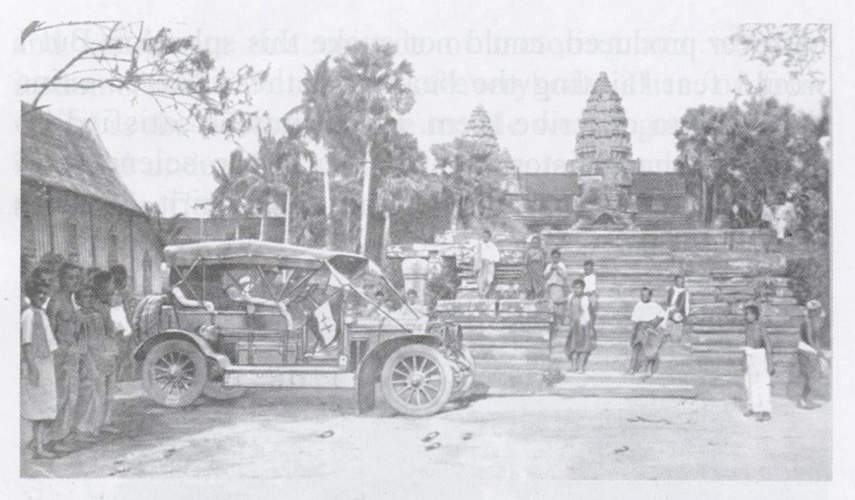 Probably the most extraordinary aspect of the adventure, however, is the performance of the Lorraine-Dietrich motorcar. Considering the condition, or complete lack, of navigable roads throughout Vietnam and Cambodia at the time, the fact that the Duke and his companions were able to traverse much of the route in a heavy, relatively complex and under powered early motorcar is quite amazing. Of course the Duke had the means to properly fund and outfit such an adventure, to the point of sending supplies of spare parts ahead of their progress just in case. They were also aided on many occasions by local buffalo teams when the going was simply too rough or wet for the car to continue under its own power. It still stands, however, as a worthy achievement in the annals of early motoring.

In the enthusiastic words of the adventurous Duke himself: ‘Forward! Always full steam ahead!’

‘By Motorcar from Saigon to Angkor Wat in 1908’ is readily available from the usual online booksellers.