For classic car and bike enthusiasts the world over an automotive swap meet is a must do highlight event. Whether searching for that elusive spare part or piece of automobilia, or simply browsing with no particular purpose, a swap meet makes for a great sociable day out amongst like minded collectors.

Overall, swap meets are generally small events organised and run by local car clubs, often as fundraisers. Although this remains true for the vast majority, a few throughout the world have grown over the years into enormous affairs, attracting thousands of both local and international vendors and visitors. 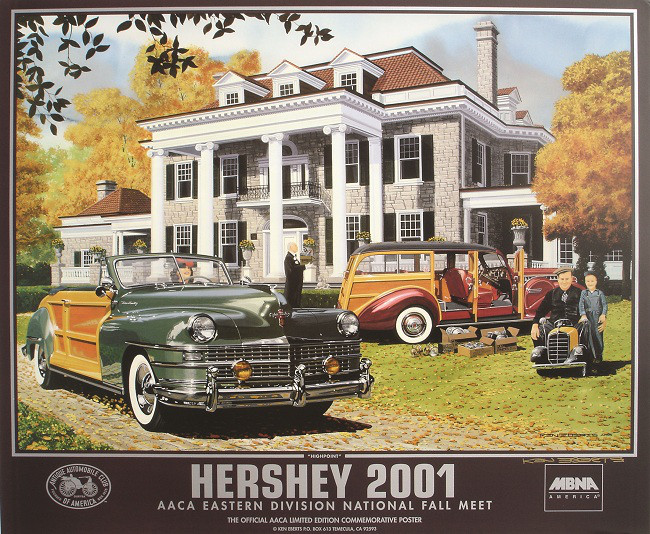 The Antique Automobile Club of America Hershey Region was established in 1955 and held its first fall meet in October of that year at Hershey Stadium. In addition to the 400 cars that turned up for judging, seven spare parts vendors set up outside the stadium, initiating the swap meet element of the event. Growing exponentially over the subsequent decades, the Eastern Division AACA National Fall Meet, as it is now known, regularly attracts over 10,000 vendors and hundreds of thousands of visitors over a four day period.

Not only did the Hershey swap meets attract classic car enthusiasts from across the United States, it also inspired those across the Atlantic to start one of their own. 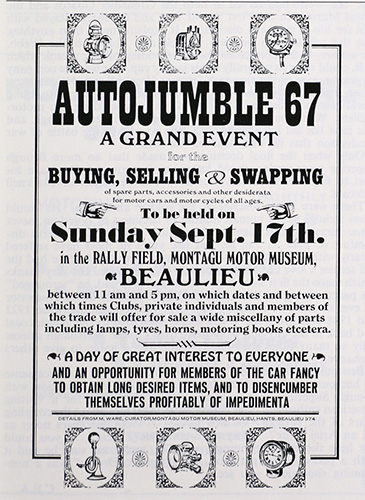 In 1966 National Motor Museum curator Michael Ware discussed the idea of a large annual classic car swap meet, similar to Hershey, with museum founder Lord Montagu. The proposal was well received and on on Sunday 17th September the following year the inaugural Beaulieu International Autojumble was held, advertised as ‘A grand event for the buying, selling and swapping of spare parts, accessories and other desiderata for motor cars and motor cycles of all ages…’. 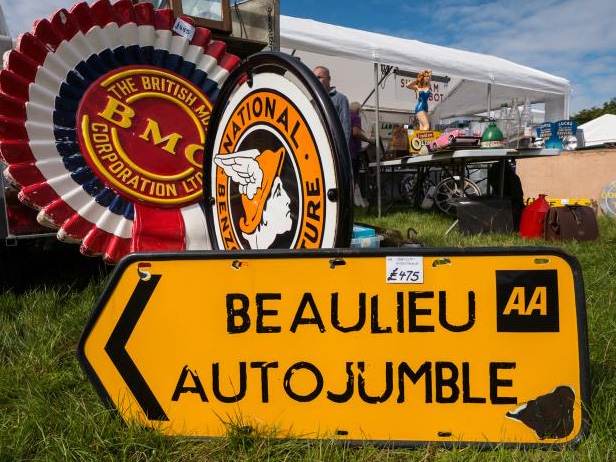 Initially attracting 70 vendors and over 4000 visitors, the autojumble has expanded to cover 25 acres of Beaulieu parkland and is reported to be the largest event of its kind outside of the United States.

Nowadays, of course, anything and everything you can find at a traditional swap meet, be it classic spare parts, oil cans, licence plates, bonnet mascots or toy cars, can be found online in the browsing comfort of your living room or study. Classic car and bike enthusiasts the world over now happily buy, sell and trade in this manner via sites such as gearshifter.com.au. It’s a good bet, however, that on any weekend when there’s a swap meet event happening, anywhere in the world, you’ll still find many of these same enthusiasts strolling around looking for that elusive spare part or piece of automobilia. 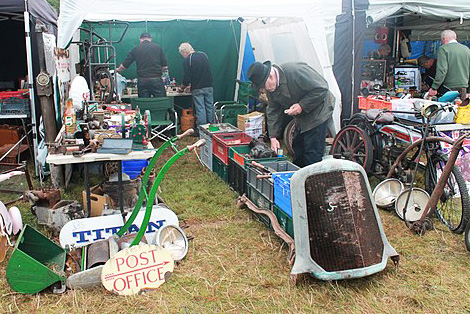 And all with a great big smile on their faces.