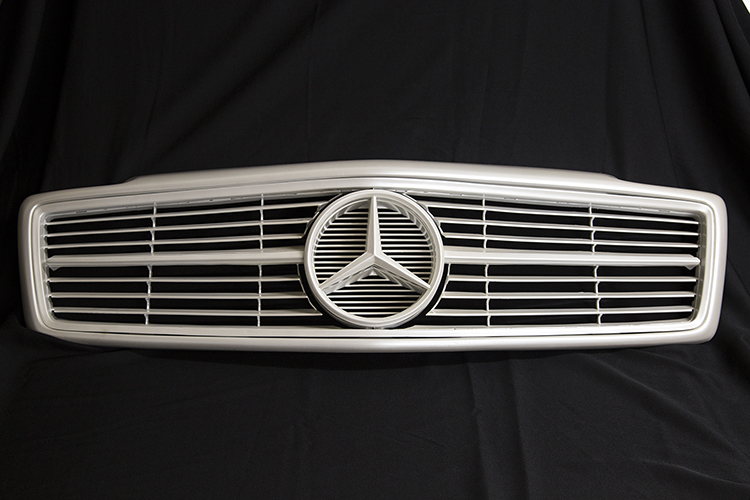 A front clip for a Zender bodied Mercedes Benz 190E.

The Zender company was founded in 1969 when Hans-Albert Zender started manufacturing custom bucket seats in his garage near Koblenz, Germany. The business grew rapidly throughout the 1970s and by the early 80s Zender was producing a complete range of custom body components and alloy wheels for the increasingly popular aftermarket industry. 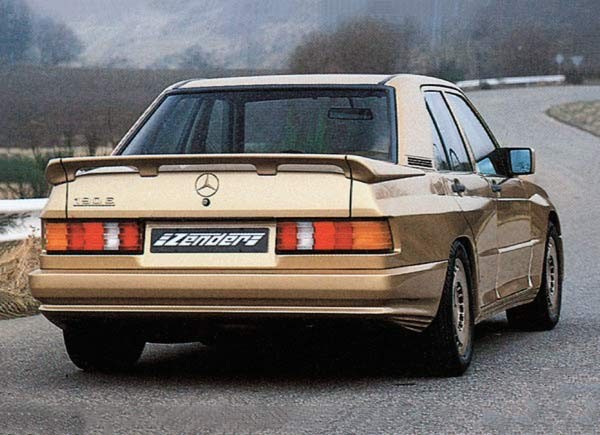 Complete Zender bodykits for popular European car models, including the Mercedes Benz 190E, transformed what were often relatively conservative designs into something a little more aggressive and race car like. The 190E was introduced in 1982 as an entry level Mercedes Benz model and proved very popular during its 11 year production run.

The featured Zender front clip, replacing the production car’s chrome grille, was part of a complete body kit including side skirts, extended wheel arches and front and rear spoilers.