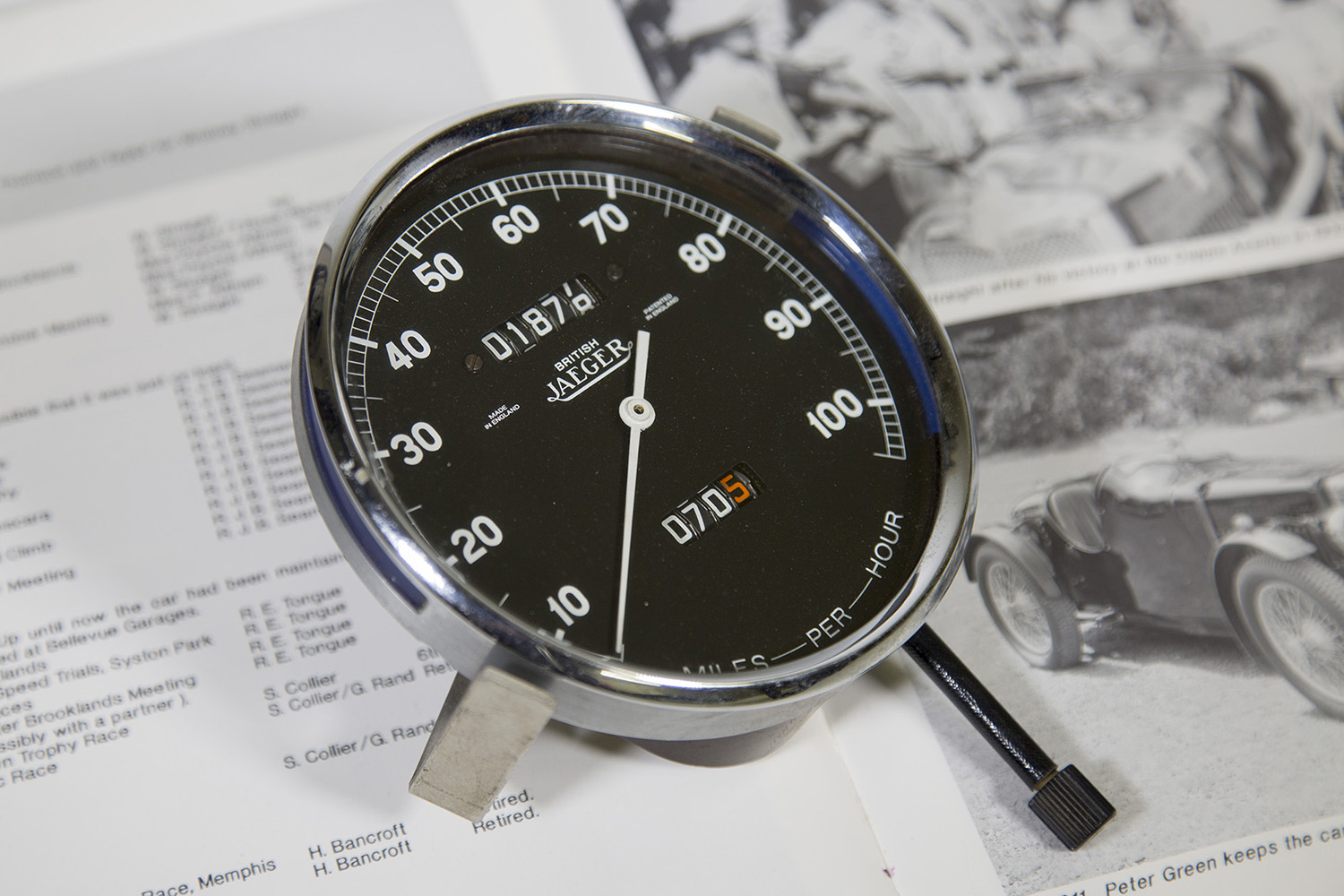 An essential instrument for any moving vehicle, speedometers were incorporated early on in the evolution of the automobile. One of the first production cars to be fitted with such a device was the Oldsmobile Curved Dash, produced from 1901 to 1907.

It was around this time that Paris based watchmaker Edmond Jaeger, in collaboration with Jacques-David LeCoultre, began producing watch movements for luxury jeweller Cartier.

Recognising the First World War as an opportunity to diversify, Jaeger began producing aviation instruments for French and English aircraft, the quality of which was valued so much so that German pilots began installing captured examples in their own planes.

The inter war years saw the company expand yet again, this time into the luxury automobile market, supplying speedometers, tachometers and clocks to manufacturers such as Bugatti, Bentley and Delage. The majority of these instruments were manufactured in England via a London based company that Jaeger and LeCoultre had set up to avoid protectionist measures employed by the UK government.

In 1927 British automotive instrument manufacturer Smiths purchased a 75% share in the company, changing its name to British Jaeger Instruments in 1932.

The featured Jaeger speedometer dates from around the 1930s and has been fully refurbished. It would look great in the dashboard of a sporty pre war vintage car or equally good simply sitting on a desk or mantle piece as an object of precision auto instrument art.