In today’s collector car market there are many items which may have once been considered insignificant and disposable but are now regarded as interesting artefacts that can enrich the legacy of a particular marque or model. Period sales brochures are one such category that are now sought after, whether by owners of the vehicles featured or not. 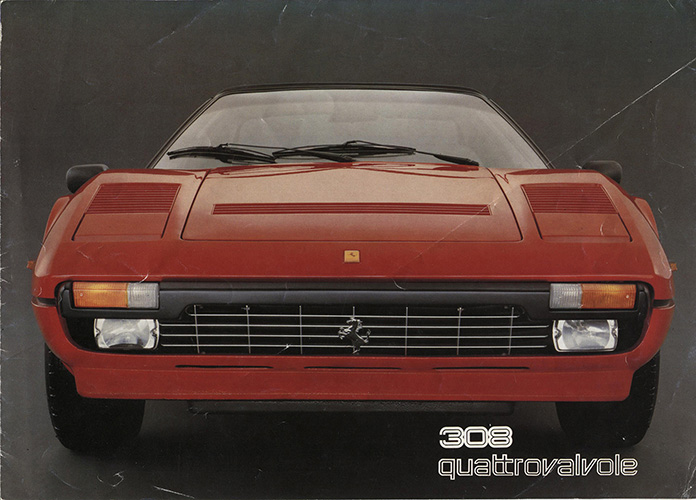 Introduced at the 1975 Paris motor show, the 308 GTB would become one of Ferrari’s most iconic and recognised models, not only due to it’s popularity in the showroom but also because of its starring TV role throughout the 1980’s. As the daily driver of the lead character in the hit series Magnum P.I., the 308 (in targa top GTS form) became familiar to millions of viewers around the world. 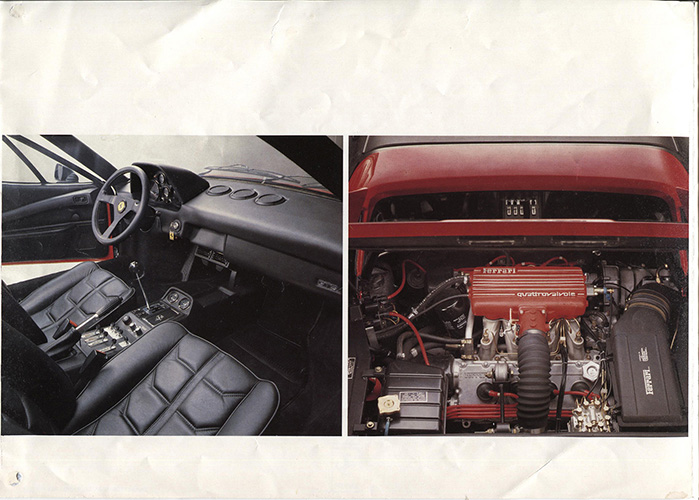 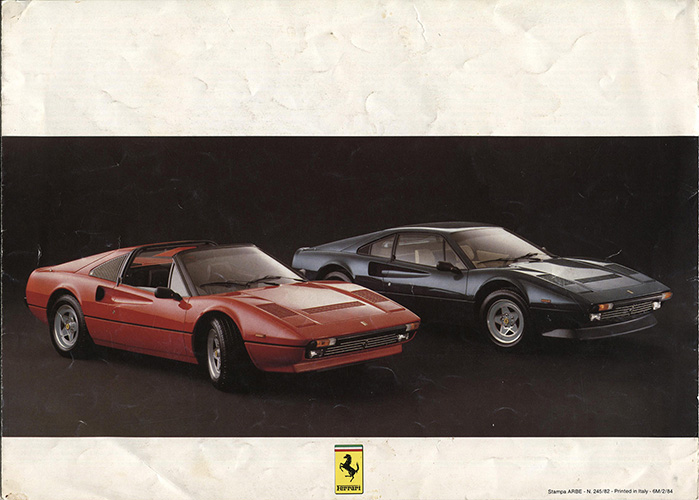 The car’s sleek wedge styling was the work of Leonardo Fioravanti whose portfolio includes many of Ferrari’s most celebrated and attractive designs, including the 365 GTB/4 ‘Daytona’, the 512 Berlinetta Boxer and, that most 1980’s of supercars, the Testarossa.

The 308 GTB was initially produced with fibreglass body panels until 1977 when Ferrari switched to a conventional steel body. Further development of the model included periodic engine upgrades; the first car’s carburettors were replaced with mechanical fuel injection in 1980 (308 GTBi/GTSi), and the mid mounted V8 gained two extra valves per cylinder in 1982, resulting in the model advertised in the featured sales brochure.

Manufactured for three years the 308QV (‘quattrovalvole’, literally “four valves” in Italian) was the final iteration of the model, being replaced by the more powerful and visually updated 328GTB/GTS in 1985.