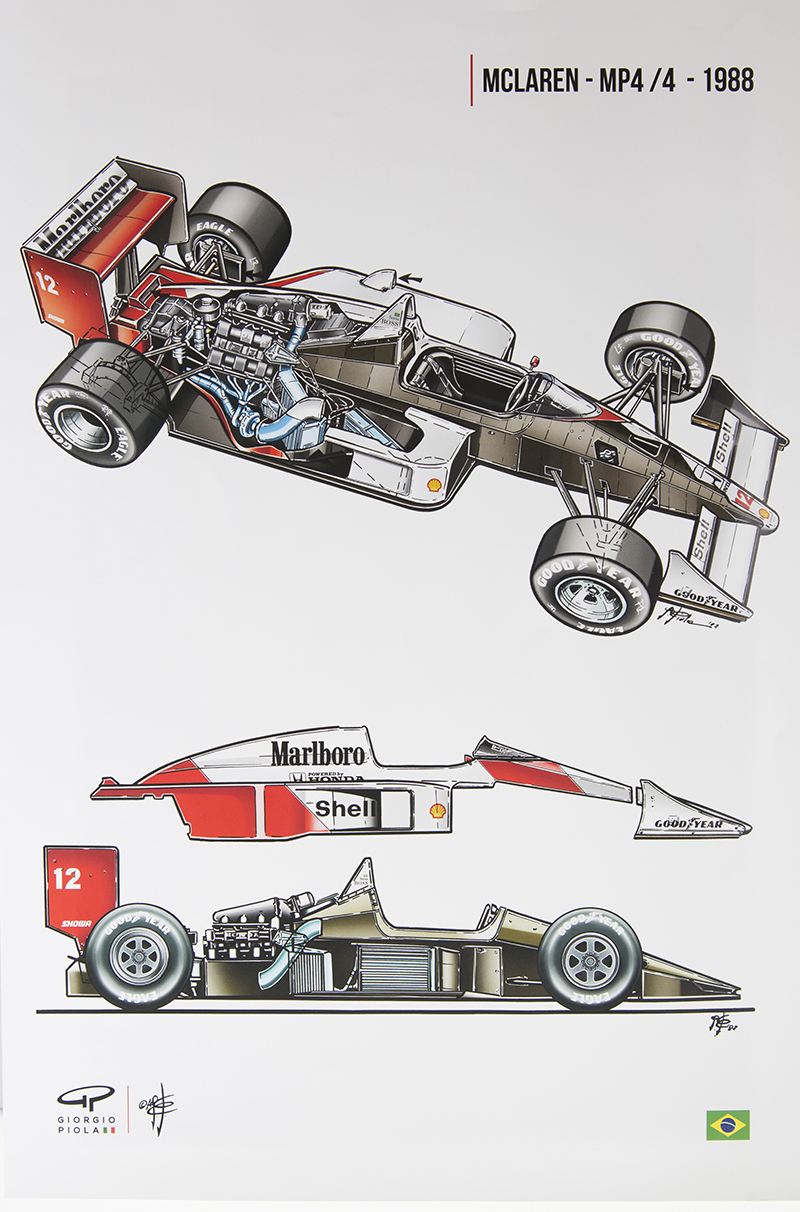 A technical sketch of the 1988 McLaren MP4/4 race car, as driven by Ayrton Senna.

Motorsport is a notoriously difficult arena to be competitive in. Apart from the massive costs involved success, unlike other sports, depends largely on the symbiotic relationship between a human and a machine. A good driver can make a bad car sufficiently competitive, whilst an average driver might improve in a good one, but put a great driver in a great car and you are almost guaranteed a season of dominance.

This was the situation that the McLaren F1 team found themselves in during 1988 when drivers Alain Prost and Ayrton Senna drove the new MP4/4 race car to victory in 15 out of 16 races held. 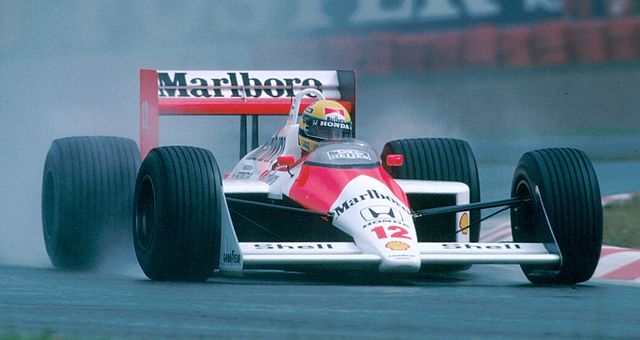 Designed by American engineer Steve Nichols and powered by Hondas’s 1.5 litre V6 turbo engine, the MP4/4, with a single season winning percentage of 93.8%, is one of the most dominant and revered Formula One cars ever built. Of course it helped that two of the sport’s best drivers were at the wheel. 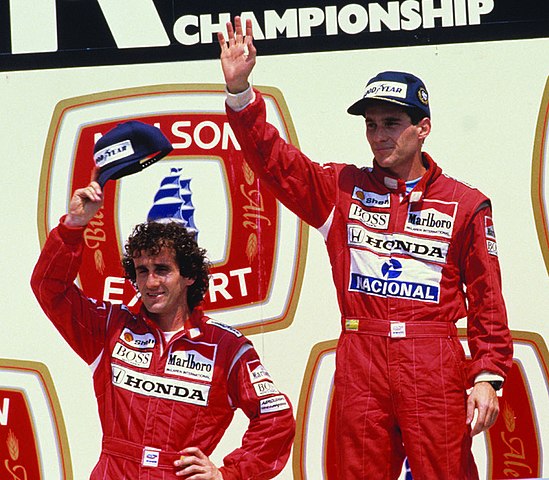 Intense rivals, Prost and Senna battled each other for victory at each race, in the process giving McLaren 1-2 podium finishes on10 occasions. Ultimate victory went to Senna with eight wins and the first of three World Driver’s Championship’s.

This technical sketch, by renowned Italian illustrator Giorgio Piola, is part of a series representing the significant racing cars driven by Senna during his career.

According to the Wikipedia entry for the small town of Eddin