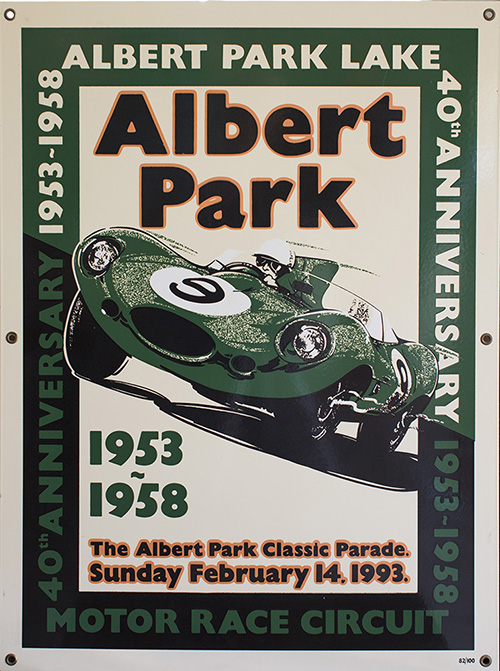 This enamel sign was produced in 1993 to commemorate the 40th anniversary of the inaugural Albert Park motor race event.

Located near Melbourne’s CBD, the Albert Park circuit has hosted the opening round of the current Formula One World Championship since 1996.

From 1953 to 1958, however, the original five kilometre course featured a series of non world championship ‘Formula Libre’ races open to cars and drivers from all classes. Featured events included the Australian Tourist Trophy, the 1958 Melbourne Grand Prix (a round of the Australian Driver’s Championship) and the 1953 and 1956 Australian Grand Prix. 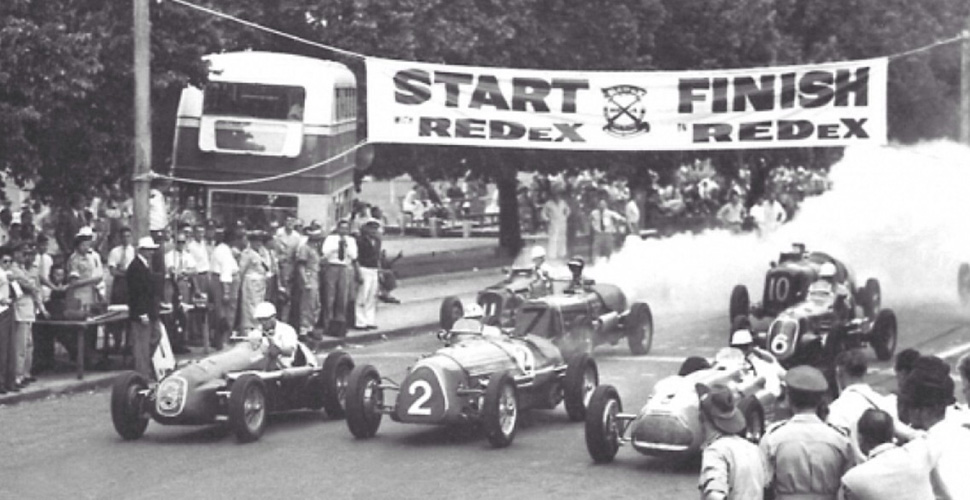 Although the majority of entrants and teams were local the events did attract occasional international stars such as Stirling Moss who won two races in 1956 (Australian Tourist Trophy and Grand Prix) followed by victory in the1958 Melbourne Grand Prix. Moss also set the fastest lap time for the original circuit of 1:50 in his Cooper Coventry Climax.

The featured commemorative enamel sign is number 82 of a limited run of 100.